The corporate consultancy RETAIL BRAND SERVICES was founded in 2002. Marketing expert Edgar Rosenberger is managing director, and his keen sense for the dynamics of the markets enables him to identify opportunities and potential. He has thus “made a name for himself as the man behind progressive retail concepts” (Horizont). He thinks and acts like an entrepreneur, not like a manager or consultant. 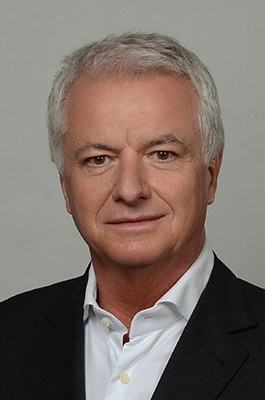 After completing his studies in business administration at the University of Mannheim, Edgar Rosenberger gained his initial marketing experience abroad: in Sweden with automobile manufacturer SAAB and in France with the interior textiles producer Anne de Solène, as well as in the role of Head of Marketing at the German-French Chamber of Commerce.

As managing director and trailblazer, Edgar Rosenberger started the expansion of HENNES & MAURITZ in Germany at the tender age of 27. He succeeded in positioning H&M as a young, fresh brand and set standards of communication in advertising which continue to be practiced to this day. Under his leadership, H&M Germany grew within seven years to incorporate 17 branches with an annual turnover of almost 100 million euro.

Between 1987 and 1991, Edgar Rosenberger grew ESPRIT into a Europe-wide company. As CEO and partner, he managed to develop ESPRIT into a vertically-integrated firm with an annual turnover of over 250 million Euros.

In 1991, Rosenberger founded the IPURI brand with its international approach. The fashion retailer, with its mix of modern classics for men and women, shoes and additional ranges including body & bath, office, travel, home, magazines and a café, was considered the “textbook example of a range policy” (Textilwirtschaft). This, combined with its environmentally-responsible approach, made IPURI a “blueprint for modern retail marketing” (Sportswear International). Its magazine PUR received a number of awards as Best German Consumer Magazine. According to the international Financial Times, IPURI changed the industry as a whole. Today, IPURI is active only as a licensor.

Edgar Rosenberger is a member of the Supervisory Boards of Jack Wolfskin (Idstein), REIMA (Helsinki) and the German-Swedish Chamber of Commerce (Stockholm). He has also been a Supervisory Board Member at Escada (Munich), Ludwig Beck (Munich), Lambert (Mönchengladbach), Clas Ohlson (Insjön) and Sportland (Tallinn), amongst others.

In August of 2011, Edgar Rosenberger was appointed Adjunct Professor at the renowned Copenhagen Business School (CBS). During his five- year tenure there, he strengthened research and teaching at the Department of Marketing as well as the contact between CBS and reputable German companies.